BHSC is a paramount full-service agency that can help players achieve their goals, both on and off the field, at every stage of their career. Our staff—available 24 hours a day, 7 days a week and fluent in several languages—provides a full suite of services at no additional cost to our clients. Services offered include contract negotiation and arbitration preparation, tax preparation and financial management, athlete marketing and digital branding, charitable event management and public relations, and more. At BHSC, we treat our clients like family and provide personal, unconditional support every step of the way.

Founded in 1984, BHSC revolutionized the business of baseball, serving first as a pioneer and evolving into one of baseball’s most successful agencies.

BHSC has represented some of the greatest players in the history of baseball such as George Brett, Barry Bonds, Mike Piazza, Jose Canseco, and Trevor Hoffman.

Our senior partners, Rick Thurman and Dan Horwits, have over 50 years of combined experience and are credited with making BHSC one of the most respected agencies in the industry. 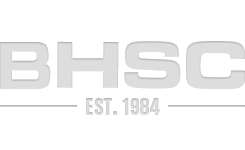 Rick Thurman is an MLBPA Certified Agent and founder and partner of Beverly Hills Sports Council. Thurman attended Pepperdine University in Malibu, CA where he played college baseball. Following his college baseball career, Thurman signed with the Los Angeles Dodgers organization. Shortly after,Thurman  discovered the agency world and in 1984, founded Beverly Hills Sports Council. Over the past 30 years, he has represented clients such as Trevor Hoffman, Tom ‘Flash’ Gordon, Scott Erickson, Rod Beck, Rickey Henderson, Barry Bonds, Tim Lincecum, Hunter Pence, and Dee Gordon, and continues to be one of the most respected agents in the industry.

Danny Horwits is an MLBPA Certified Agent and partner of Beverly Hills Sports Council. After a brief Division III college basketball career, Horwits attended Loyola Law School where he got his J.D. in 1993.  Horwits quickly rose from an intern to a Partner at BHSC where he has become a successful and respected agent. Horwits has led BHSC’s arbitration team to one of the best records in the industry, preparing and arguing hundreds of cases in the last two decades. Horwits has represented such clients as Bobby Bonilla, J.T. Snow, Alex Cobb, Jason Kipnis, Chris Tillman and Mike Leake.

Cesar Suarez is an MLBPA Certified Agent with Beverly Hills Sports Council. Suarez was born in Maracaibo, Venezuela and spent his childhood in Venezuela, Italy and Mexico as he followed his father’s baseball career. Suarez signed with the New York Yankees at 16 years old and spent 15 years playing professional baseball with the Cleveland Indians, Tampa Bay Rays and Los Angeles Dodgers. He continued his career internationally in Mexico and Italy. Suarez also spent 13 seasons in the Venezuelan Winter League. He became a full-time agent in the Latin Division at BHSC in 2016. He represents some of MLB’s top Latin players such as Salvador Perez and Rougned Odor. Suarez resides in Venezuela but works frequently in the Dominican Republic and United States.

Tucker Ward joined BHSC in 2018 after retiring from professional baseball a year prior. He was drafted in 2011 by the Arizona Diamondbacks but elected to play collegiately. In 2015, he was drafted and signed with the Arizona Diamondbacks out of the University of Mobile. While at Mobile, Ward majored in the Science of Management. He was eighth all-time at Mobile in career strikeouts and seventh in career innings pitched. Prior to college, Ward was a prep standout at UMS-Wright, where he helped the team win two state championships. Ward brings his unique understanding of professional baseball to BHSC both as a former player and as a son of a former professional baseball player and current MLB hitting coach, Turner Ward.  Tucker Ward currently resides in Nashville with his wife, Lexi.