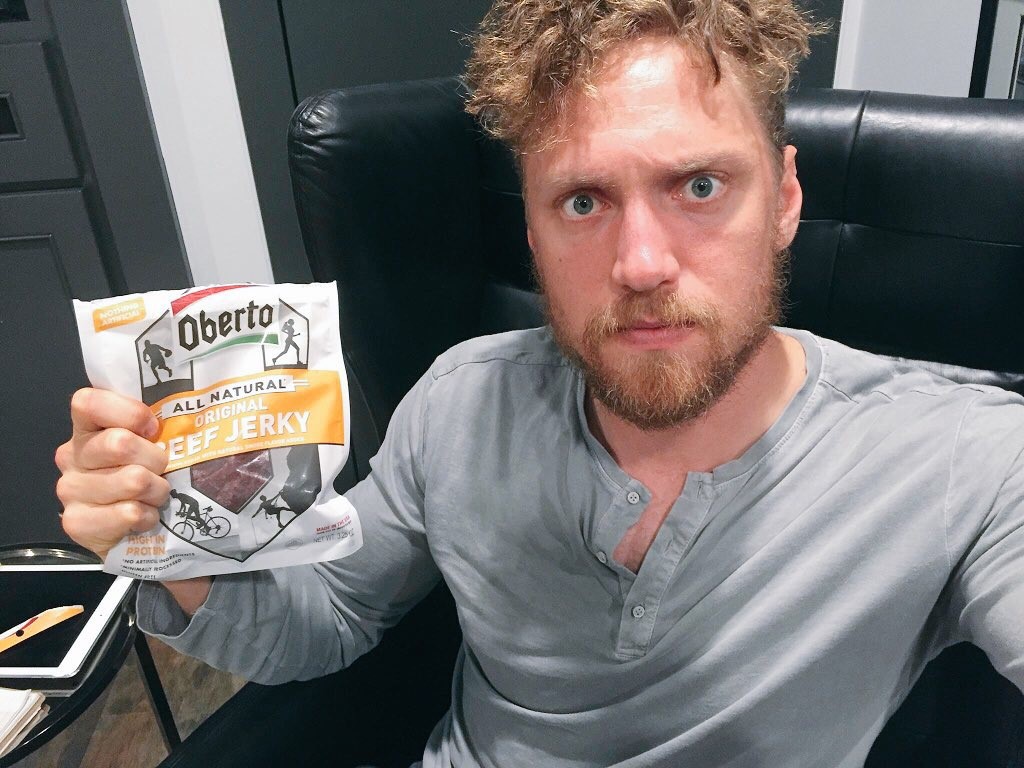 These three additions to the 2016 campaign join Oberto’s existing lineup of endorsers, which include sports personality Dick Vitale, NFL star Richard Sherman and the voice of sports television personality Stephen A. Smith.

Oberto’s tagline, “You Get Out What You Put In”  is designed to highlight the fact that so-called active lifestyle consumers, like athletes, need to be mindful of the foods and snacks they consume to help optimize physical and mental performance. Pence is known for his healthy lifestyle and nutritious diet.

Each athlete will star in new spots under Oberto’s continuing “Little Voice In The Stomach” television spots.Smith as “The Little Voice” tells the athletes they need to fuel up with Oberto’s lean protein jerky. These athletes will also be featured in digital content initiatives and in-store signage.

“As athletes at the top of their game, Rob, Hunter and Travis are the perfect embodiments of what we stand for here at Oberto,” stated Mike Ginal, vice president of marketing, Oberto Brands.