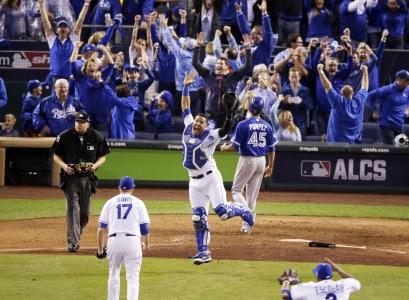 Salvador Perez agreed to a 5-year extension with the Kansas City Royals that will begin in 2017 and assure that the 2015 World Series Most Valuable Player will be with the organization that signed him until 2021.

The contract will supersede the one that Perez signed in 2012 that contained three club option years in 2016, 2017 and 2018. That contract was negotiated by Perez’s former representatives and has been considered a “below-market” deal as Perez developed into a three-time All-Star and three-time Gold Glove winner by the age of 25.

Rick Thurman, who represents Perez along with Rafael Nieves at Beverly Hills Sports Council said, “Even though the Royals already had him under contract, this is a situation where the player and team are a perfect fit and give credit to the Royals for recognizing Salvador’s value and making a commitment to him. For his part, Salvador never complained about his contract and has been the consummate teammate both on and off the field, and looks forward to bringing more World Series titles to Kansas City.”

The original contract had one remaining guaranteed year left for $2.0 million in 2016 and three club options at a total of $16.5 million (not including additional performance bonuses). Perez’s new contract will guarantee him $52.5 million, which includes a six million dollar signing bonus.

Perez was the seventh catcher to be named World Series Most Valuable Player as he led the Royals to their first title since 1985. The Venezuelan native was named to his third consecutive All-Star Game in 2015, including his second straight start behind the plate. His 21 home runs last season set the Royals franchise mark for a catcher and led all American League catchers in hits and doubles.

He is one of the most popular players on the team, engaging on social media, and seen in numerous promotional campaigns in Kansas City. 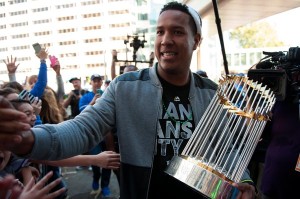