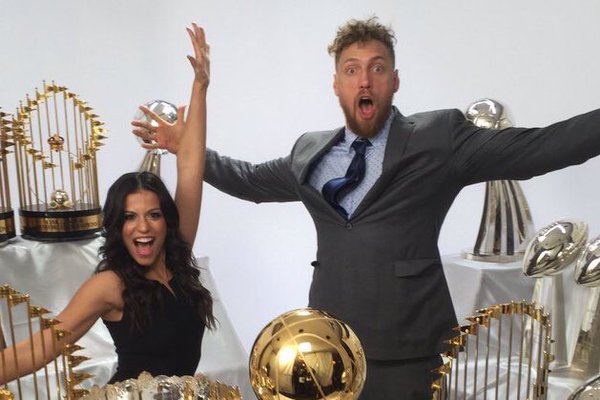 Pence, joined by his fiancé Lexi, a gaming host and star of YouTube’s @LetsGetLexi, share their unique and fun perspective on life as Pence prepares for the 2016 MLB season during spring training in Scottsdale, AZ. Tackling topics from gaming to comics, to pop culture and finding the nation’s best cup of coffee, listeners can expect the unexpected with this new show airing on Radio Andy Channel 102.

“Lexi and I had been wanting to do something together, and somehow, Andy Cohen, a huge baseball fan, magically showed up and allowed us to create this fun radio program,” said Pence. “We can’t wait to get behind the microphones and have some fun!” Added Cozombolidis, “We’ll be sharing stories of our lives—behind the scenes and away from the baseball diamond—with lots of laughs along the way.”

“I love baseball, and Hunter is a dynamic player, both on and off the field,” said Cohen. “He’s funny, inspirational, and weird, and so is his fiancé Lexi. They’re both made for radio and I am thrilled they’re a part of the Radio Andy Galaxy!”

Hunter Pence is going into his 10th season in the major leagues, and his fifth as the right fielder for the Giants. As a leader both on the field and in the clubhouse, Pence helped lead San Francisco to two World Series titles, in 2012 and 2014. He and Lexi became engaged in December at Walt Disney World in Orlando, FL complete with a fireworks display over Cinderella’s Castle.

SiriusXM is available to subscribers nationwide on satellite radios, and on the SiriusXM app and online at siriusxm.com. Radio Andy channel 102 is produced and curated by Andy Cohen, and features the latest in pop culture, celebrities, lifestyle, relationships and more. Radio Andy programs include shows hosted by Andy Cohen, Sandra Bernhardt, Bevy Smith, Benjamin Hickey, Amy Phillips and more. 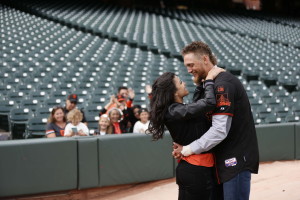