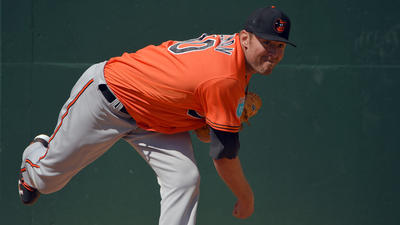 Right-hander Chris Tillman will start Opening Day for the Baltimore Orioles for the third consecutive year when he takes the mound against the Twins on April 4.

Tillman will become the first Orioles pitcher to start three straight season openers since Mike Mussina in 1998-2000. Both Rodrigo Lopez and Jeremy Guthrie made three Opening Day starts with the Orioles since then, but they didn’t come in consecutive years.

“It says something about his dependability from a post-up standpoint,” Orioles manager Buck Showalter said. “Chris has been a durable performer. … It’s probably as good a physical spring as he’s had since he’s been here.”