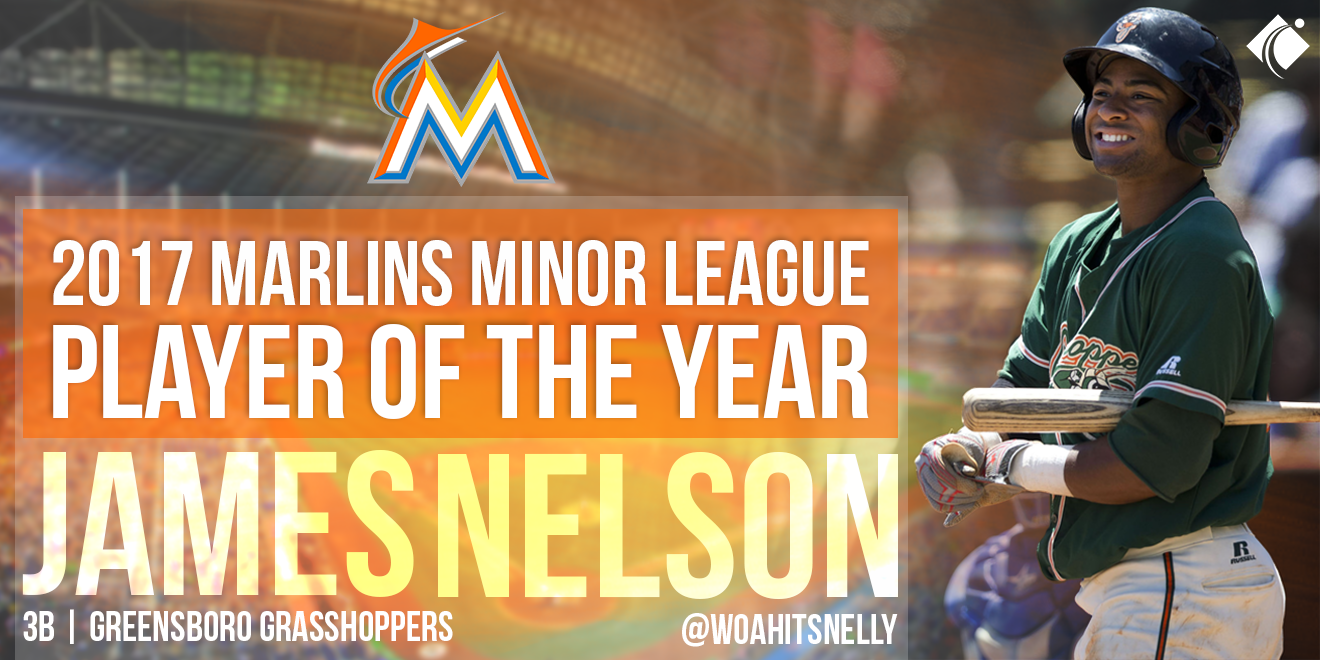 The Miami Marlins named third baseman James Nelson as the organization’s 2017 Player of the Year. The announcement was made by Marlins’ President of Baseball Operations Michael Hill.

Nelson appeared in 102 games with Single-A Greensboro this season. He finished second in the South Atlantic League with a .309 batting average. His batting average led all Marlins’ minor leaguers, and his 59 RBI ranked fifth. He also set career highs in hits, doubles (31), home runs (7), and RBI. He was a Midseason and Postseason All-Star.

From April 28 to June 9,  Nelson posted the longest on-base streak in the SAL this season, at 37 games. Within that span he posted a 24-game hitting streak from May 14 to June 9, also the longest in the SAL this year. Nelson batted .376  during the on-base streak, and .368  during the hitting streak. The performance earned him Organizational Player of the Month honors for May; he slashed .372/.425/.540 for the month, leading the SAL in hits (42) and ranking third in average.

The 19-year-old was Miami’s 15th-round selection in the 2016 First-Year Player Draft out of Cisco Junior College (TX).