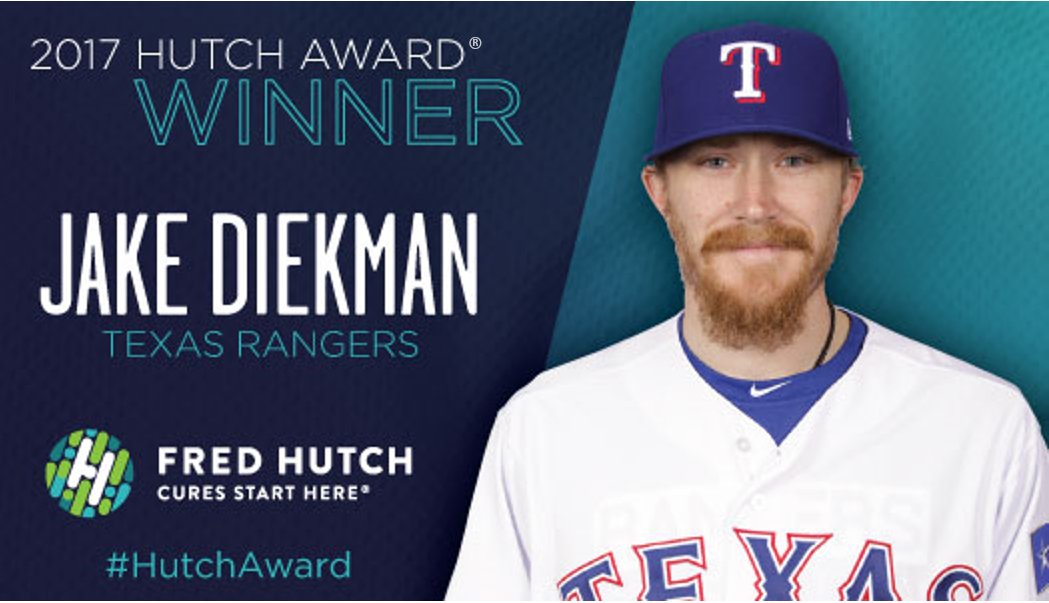 Jake Diekman Selected as Recipient of the 53rd Hutch Award

The award is presented annually by the Fred Hutchinson Cancer Research Center in Seattle to the Major League player who “best exemplifies the fighting spirit and competitive desire of Seattle native and MLB player and manager Fred Hutchinson, who passed away from cancer at age 45 in 1964 while managing the Cincinnati Reds.

Diekman will be honored at the 2018 Hutch Award Luncheon presented by Premera Blue Cross on Wednesday, January 24 at Seattle’s Safeco Field. Mickey Mantle was the first recipient of the award in 1965, and Diekman is the first Texas Ranger to ever be honored.

Diekman was diagnosed with ulcerative colitis at the age of 10 but did not let the disease stop him from playing professional baseball. In 2017, Jake underwent three operations at Mayo Clinic for a surgery commonly referred to as “J-Pouch” surgery. Following the surgeries, Diekman made a remarkable recovery, returning to the Rangers and compiling a 2.53 ERA in 11 appearances over the final month of the season.

In August 2017 Jake and his fianceé, Amanda Soltero, announced the creation of the Gut It Out
Foundation to further raise awareness and funding.