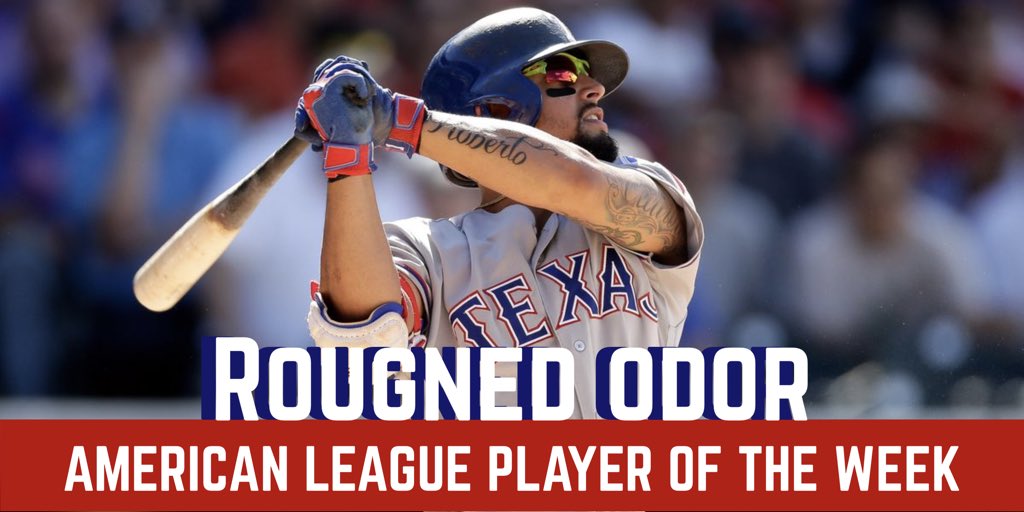 Texas Rangers second baseman Rougned Odor was selected by Major League Baseball as the American League Player of the Week for the period ending July 22.

He went 8-for-13 (.615) with a home run, 3 RBI, and 2 runs in the weekend series against Cleveland, and ranks among AL leaders in hits and total bases since the All-Star Break.